I always love to see an advertising campaign that positively impacts the lives of thousands of people. In my opinion, feel free to dispute, but one of the best advertisement campaigns is known as Penny the Pirate.

“Idea: 1/4 of children’s vision problems go undetected because they are not taken to the opticians often enough. OPSM — an Australian optometrist — wanted to address this, so it made a free interactive child’s book, “Penny the Pirate,” which allowed children to get their eyes tested by reading.

Strategy: It used a well known illustrator, Kevin Waldron, and scientists from the University of Melbourne to create pictures that contain subtle eye tests within them. To make sure the idea was picked up, OPSM partnered with Australian schools in the testing stage. 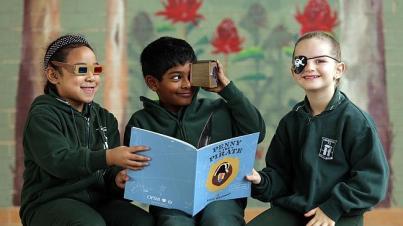 Effectiveness: The book “is on track to screen over 500,000 children leading to 125,000 OPSM appointments,” according to the report”(BusinessInsider).

Watch the backstory below: